– growth in all business units

29.06.2017 | The Amstetten-based, 100% family-owned Umdasch Group grew its business last year for the sixth time in succession. The increases are partly due to healthy market developments, but they are also the result of a growth strategy oriented toward acquisitions and stakes in other companies. Revenues of EUR 1.28 billion put Group growth at +5.1 % over the previous year. Earnings before taxes were EUR 92 million, up 26 % from EUR 73 million in 2015. The equity ratio went up as well, reaching a historic high of 58.6 %. Cash flow from operating activities is a key performance indicator for production-intensive businesses. It was improved by more than 50 % to EUR 101 million (2015: EUR 64 million) – testimony to excellent working-capital management. The number of employees increased by more than 300 to a total of 7,641. These increases were both domestic and international.

The Umdasch Foundation
In all the business units of the Umdasch Group, the development and training of employees plays a key role in terms of competitive standing and differentiation. The Umdasch Foundation was set up two years ago. Its initiatives are brought to bear at an very early stage, namely among children and youngsters. The Foundation's mission is to facilitate good schooling, in line with individual capabilities and talents, for children who do not have access to an educational elite. Last year for the first time, activities were extended to include initiation of overseas projects. For example in Lebanon, on the African continent and in Latin America. The conviction of the Umdasch Group is that as well as contributing significantly to societal development, these endeavours are an investment in the Group's own future. That future will be shaped by the innovative powers and capabilities of current employees and the people who will join the company in years to come.

Sustainable future-proofness is also the headline for the development of the Doka Group and the Umdasch Shopfitting Group, both now organised as business groups, and the newly founded Doka Ventures.

Doka Group – dynamic organisation with economic tailwind
The formwork experts have almost 60 years' experience in developing components, system formwork and special formwork. In 2016 they were equally successful with sales in the regions and in product development, and also in completely new fields. The most important is digitisation in construction. One year earlier, the company had started offering a sensor technology for monitoring the hardening of concrete and calculating precisely the right time for opening the formwork: Concremote. 2016 saw the acquisition of the company behind this development. That is B|A|S, a Dutch firm that has specialized in digital technologies for construction since the nineteen-nineties. The company with more than 40 employees operates one of the world's most advanced concrete-engineering labs in Venlo, Netherlands, where it remains headquartered. Nowadays the technology is helping many construction companies all over the world to build more rapidly, more efficiently and, above all, more safely. Digitization of all the mainstream processes in construction will pick up momentum rapidly in the coming years. Construction still lags well behind other sectors in this respect, so there will be a headlong race to catch up. By initiating other projects in addition, the Doka Group has prepared well for this upcoming challenge. In autumn, for example, the pilot for the world's one and only online shop for formwork was launched in Central Europe. Similarly, the founding of lumus, a consulting company that identifies the most efficient technologies and materials right along the entire construction process chain, is a measure that drives progress toward the digitised building site.

The construction industry, which developed very positively in the course of the year, provided strong tailwinds for the Doka Group in 2016. Nevertheless, having the right products is essential for handling volume business. And for catering to the requirements generated by positive development in the world's biggest industry – construction. Product developments like Framax Xlife plus, one of the world's fastest formwork systems, are geared toward these very requirements. In the Central European markets in particular, this was one of the products well able to service increasing demand: Austria, Germany and Switzerland all had the satisfaction of reporting two-figure growth. The situation is similar for the Doka organizations in Scandinavia and parts of Western Europe. The Doka Group's biggest growth figure, up 30 %, was achieved in North America, where numerous large-scale projects are in progress in the highrise and power-plant sectors for example. Performance in these regions in particular comfortably made up for stagnation in the Middle East. There, countries like Saudi Arabia have cut back drastically on investment activities, not least on account of the low price of oil. Overall, therefore, the Doka Group was able to post growth figures again last year.

Umdasch Shopfitting Group – turning around with a plus of 30 %
Various factors helped Umdasch Shopfitting Group to return from the red zone in 2016: A market strategy focussing on specific sectors, the business model adapted to the times and bridging between store-based and digital landscapes in retail trade and last but not least a rigorous but sustainable consolidation process sustained over several years.

The reasons behind this growth are two-thirds organic. Food retail outlets, the auto industry and large-scale contracts from banks are the factors that have driven revenues up to where they are now. Here too, the focus on digital issues has started to bear fruit. In 2016 there was an abrupt increase in the demand for solutions from the Digital Retail division, first formed in 2014. In particular, solutions in electronic price-tagging and digital signage and information systems were very much in demand. The Food Retail division, catering to food retailers, pharmacy chains and DIY centres, achieved significant increases again last year. Fashion retail continues to trend downward. With business extended to cater to sectors such as systems gastronomy, branch offices of large telecommunications companies, banks and the dealership network of big-name car-makers, the Lifestyle Retail division was more than able to compensate for losses in the fashion sector. Together with the first full consolidation of the Story Design shopfitting company acquired in late 2015, overall revenues in this division were pushed up by more than 30 %. The Premium Retail sector also generated growth – especially with customers in the high-end category in the UK and the Middle East.

Doka Ventures – disruptive innovations and future business models
To seek out promising innovations in construction, assess their potential and then, if advisable, take a stake in them is the mission of Doka Ventures, the company founded at the start of 2017. The innovation team landed its first big coup by acquiring 30 % of the US firm Contour Crafting Corporation. CCC is ramping up to series production of robots for the 3D printing of buildings. The company is poised to take on one of the biggest challenges of our time, namely the rapid growth in global population figures and the associated demand for affordable, sustainable and decent accommodation for billions of people. In mere days, 3D printing can accomplish what conventional building processes need months and years to put in place.

Outlook for 2017
A continuation of the growth course is planned for 2017. Five months into the new year this can be confirmed: the Group is close to 17 % above revenues earned in the same period in 2016. The diversity of the markets helps spread risk. The Group is on an excellent financial footing and it has assembled a broad-based portfolio of affiliated companies with a focus on future innovations and developments. So the still cautious initial estimate of likely performance for the year overall is well justified.

Details and facts and figures on the Umdasch Group AG and the success projects of the two subsidiaries can be read in the 2016 annual report, posted at: Annual Report 2016. Print copies are available on request. 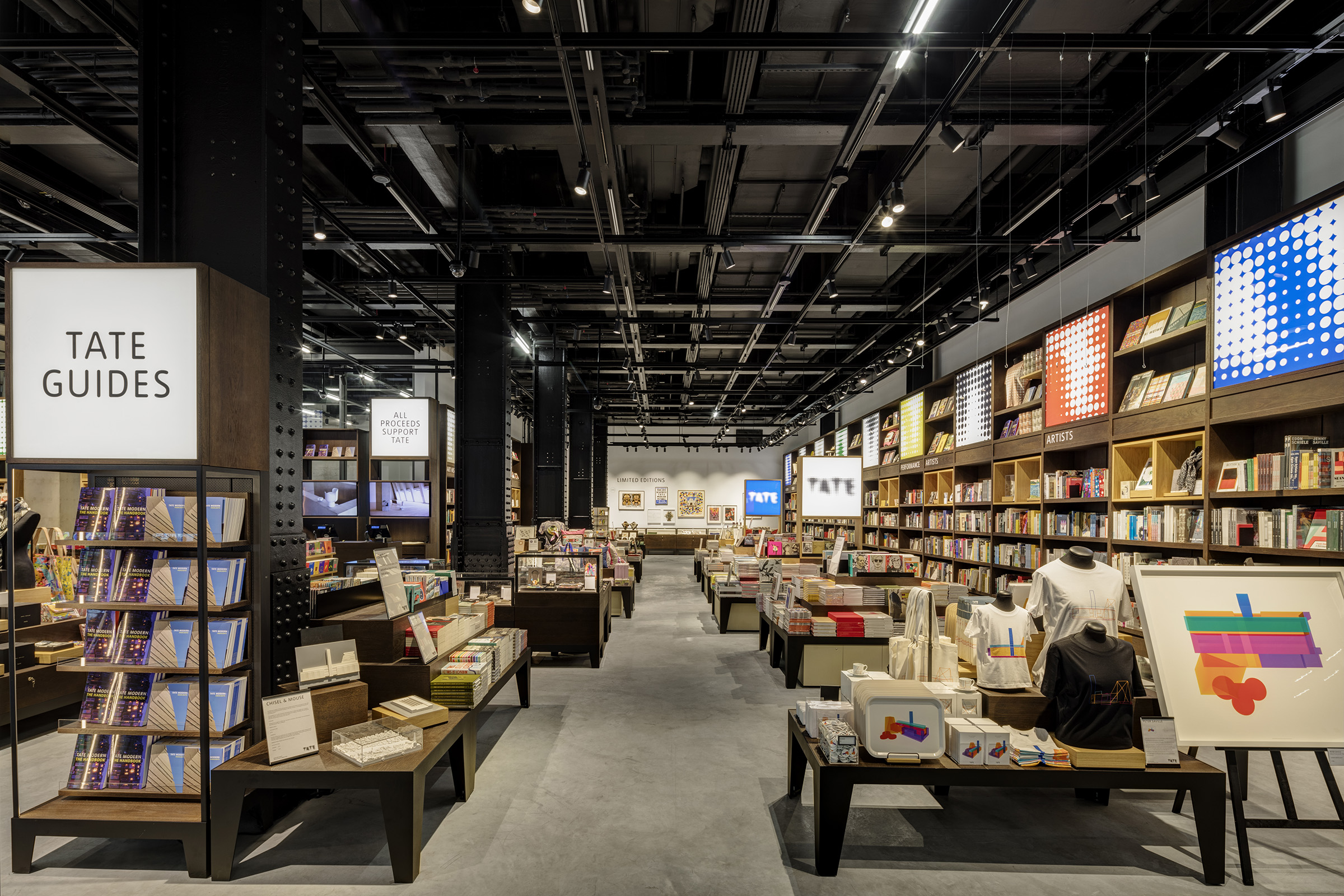 We ask for your consent

2) Data transfer USA
Some of our partners have their branch office in the USA. We transfer personal data from you to the USA manually or via an interface to these partners.

We would like to inform you that with the judgment of 16 July 2020 (European Court of Justice C-311/18, judgment "Schrems II"), the adequacy decision that permitted a transfer of personal data to the USA has been annulled. Therefore, the USA as a third country does not offer an adequate level of data protection.

The risk of a transfer of personal data to the USA for you as a user consists in particular in the fact that your data is subject to access by the US authorities for control and monitoring purposes and you are largely without effective and enforceable rights against this action by the US authorities.

Personal data that we transfer to the US are in particular IP addresses ("Internet Protocol Address").

We cooperate with the following recipients via various applications:

We require your express consent to continue to transmit your personal data to these providers.

You can revoke your consent at any time with future effect by accessing the cookie settings on the website.